Phrenopolis: The Pumpkin House of Horrors

Phrenopolis: The Pumpkin House of Horrors

Hilarious! This is Torn Apart By Wild Dogs. Thanks Lara!

my cousin's wedding in toronto

"Societies should not rely on market forces to protect the environment or provide quality health care for all citizens, a winner of the 2007 Nobel Prize for economics said on Monday."

This is brilliant. No stamps, no envelopes, no searching for mail boxes! The only thing this doesn't have is a signature, I guess, but it's still pretty awesome for those things you have to do by postal mail.

I just realized how weird it is that I'm willing to spend 59 extra cents just so I don't have to remember to walk over to the mailbox and drop in my piece of mail at work (20 feet away from my desk) and sms my postage payment. My value system is sort of screwed up.
at 8:36 PM No comments:

this used to be Mr. Toad's Wild Ride 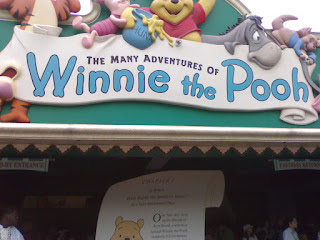 To quote marria: "i don't get the appeal of this character. It's a fat bear who eats honey."
at 5:13 PM No comments: 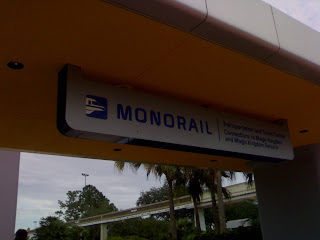 This is the best idea! How often do you wander out of the subway or BART, completely disoriented?
at 10:27 AM No comments:

computer in my pocket

Nokia had really excellent earnings today. Apparently their third quarter net profit rose 85% based on their growth in emerging markets, and they hold a steady 39% share of market.

39%. That's huge more than its next three competitors put together.

With all of the hype of the iPhone, I think it's easy to forget that the cellphone market is really global, and nokia is the predominant global player. I guess the battle between them is set to play out in the UK in the next few months: Nokia is unveiling a new music service and music-oriented phones just as the iPhone is coming to the mother country. Ultimately I think the Nokia is going win here -- they really are great phones, and they're totally open. Nokia also just has such a huge foothold in Europe.

But I really hope Nokia takes the lessons from the iPhone to heart... I want to watch tv and movies on my phone, but the E70 just doesn't make this easy -- it has real player, but that's it. The Tivo program on my desktop can output video in the ipod video format, why can't it do it in a nokia phone compatible format as well? I spent like half a day trying to convert an episode of the Colbert Report to play on my phone. I ended up with this tiny grainy version of Stephen Colbert and I couldn't even see his world of the day :(. I can browse the internet on my E70, but it doesn't seem as seamless as the experience on the iPhone. Also, more websites tailor to the iphone web browser -- though both these phones can load full webpages (javascript and all) it takes a ridiculously long time to do so on any non-wifi connection, and most pages are not meant to be seen on a 2in x 3in screen. I want to see more websites create mobile phone versions based on what device the request is coming from that are optimized for the device's screen size and interface (I think a lot of sites have already made iphone versions, including GMail. Where's my nokia-targeted GMail, huh?). It's sort of frustrating how many services jumped on the iPhone wagon as soon as it came out, when these places haven't created binaries or services for Nokia phones, which have been out a lot longer. I think this is a hugely US-centric view, which is a mistake.

I love the competition among the high end handsets, but I HATE the way carriers lock down the market in the United States. They're basically evil incarnate. You can't run Google Maps for Mobile on a Verizon phone! How crazy is that! There's no way we'd let ISPs control what we put on our laptops, so why do we let carriers control what we can run on our phones?

Eventually there's going to be a collision between the global and US phone markets -- the business model and compatibility issues are just going to start pissing more people off. I will only buy unlocked GSM phones since I travel internationally, and that basically means I have to buy my phones out of pocket. I just want to pay for service and an unlimited data connection and be left alone! Figure out some other way to make money!
at 3:48 PM 2 comments:

I don't log into facebook anymore. I mean I do, but not every day. I just don't care. I'm a bit sick of all the frivolous updates, all the stupid app updates (I don't care if you turned someone into a zombie), all the random people with no network asking to be friends.

I was watching this interesting video of a panel, the FacebookFanboyPanel (45 minutes in case you were wondering). It's actually incredibly frustrating. this is the first time i've watch silicon valley geeks debate facebook, so it's not that i found it all repetitive. I just find it so misguided. Guess what, Dave McClure and Robert Scoble -- you guys are insanely unique. You're techie, and geeky, and not at all like the rest of the world. The way you use something is almost guaranteed to be different than the way a regular person does. And until something appeals to the regular people, the average, the norm, it's not going to blow up the way that Google did.

Just because Facebook knows you put skiing as an interest on your profile (note: not that you LIKE skiing or that you actually GO skiing but JUST that you put it into a text field on a website where you are trying to create a cool identity) does not mean that you are in a statistically significant way any more likely to click on an ad about skiing (note: I made that up. But I'll look it up and update this post if I find anything). People who make profiles on these sites are trying to make themselves LOOK GOOD. This is key. They want to look GOOD. They are trying to portray an identity, whether if it's because they want to appear artsy fartsy by listing lots of Thomas Pynchon (yeah right you read Gravity's Rainbow and it was your favorite book ever) or if they want to seem like they have raging social lives or if they want to emphasize how they don't have time to bother with all of this by creating a crappy profile and never logging in again (except to approve friend requests, of course). Why do you think there are so many pictures of college kids drunk on Facebook? Because it makes them LOOK GOOD. It means they're fun and have lives and party every night. DUH.

When you go to Google and type in "Gravity's Rainbow", that is SO MUCH MORE significant than putting it on your facebook profile, or if your friends on facebook all had it listed in their profiles. It means you actually got off your ass and typed it into a search box *at the moment you had an interest*, and not just to look good (cause no one can see it) and not to portray an image, but because you're actually INTERESTED in it. I'd say the odds of clicking an ad selling the book in that situation is way higher than if it's on Facebook.

This stuff is so transient -- myspace yesterday, facebook today, ??? tomorrow. I feel like I have more to say but I haven't even finished the video yet. End of Rant.

update: And don't play this off as some people are "influencers" and are going to be worth it in terms of branding yada yada yada. That is so Malcolm Gladwell circa the Tipping Point. Just because you have 5000 friends on Facebook does not mean that you are going to sell more Tide, or Dolce and Gabbana, or Mercedes, or whatever. The only way that having 5000 friends is profitable is that there are nutters out there who think having 5000 friends means something and are willing to pay you for it. Doesn't mean it's sustainable.
at 8:27 PM 4 comments:

The Battle Against Racism In Jena: Jena-Cide (article) by Eddie Thompson on AuthorsDen

The Battle Against Racism In Jena: Jena-Cide (article) by Eddie Thompson on AuthorsDen:

"The “Jena Six” have repeatedly been held up as heroes by much of the race-based community and called “innocent students” by the national media. Some of these students have reputations in Jena for intimidating and sometimes beating other students. It is alledged that they have vandalized and destroyed both school property and community property. Reportedly, some of the Jena Six have been involved in crimes not only in LaSalle Parish but also in surrounding parishes. For the most part, coaches and other adults have prevented them from being held accountable for the reign of terror they have presided over in Jena. Despite intervention by adults wanting to give them chances due their athletic potential, some of the Jena Six have juvenile records. Yet some of the parents keep insisting that their children have never been in trouble before. These boys did not receive prejudicial treatment but received preferential treatment until things got out of hand."

Interesting counterpoint. I posted about this in June with a different perspective. Just a reminder of how skewed things are that we read in the media. I learned this by being on the other side of the article (so to speak) in all the hoopla surrounding Google (most of it was ridiculous, there were a lot of quotes taken out of context and facts that just weren't quite true).
at 3:40 PM No comments:
Newer Posts Older Posts Home
Subscribe to: Posts (Atom)