crazy. nooses? i can't believe places like this still exist.
at 6:10 PM No comments:

Note, this will expire soon. I have done you non-subscribing miscreants a favor by laboriously emailing it to myself and posting the link. I hope this doesn't violate something. Anyway, whoa. They really lay it all on the table. I don't think i'd have the guts to give an interview to the WSJ remarking upon my net worth.
at 4:37 PM No comments: 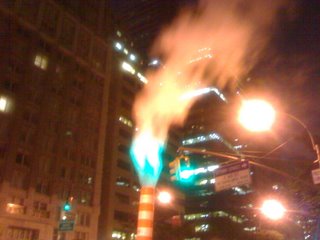 After dinner at daniel, on the upper east side.
at 10:52 PM No comments: 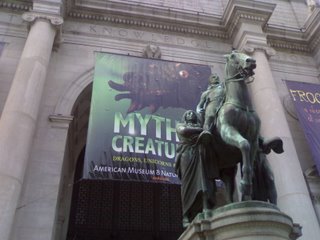 How bad is it that most of the reason i was excited to be here was cause of night at the museum?
at 3:58 PM No comments: 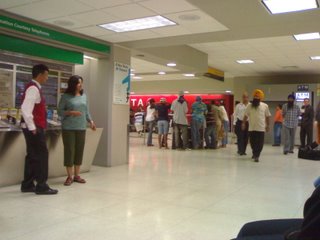 The lovely (disgusting) delta terminal at jfk where i have been waiting for the past hour. Fun.
at 6:40 PM No comments:

Well, I was completely wrong.

I'm pretty American. It took me a while to finally come to terms with this, but after travelling internationally, I realized that even though i don't fit the traditional Abercrombie stereotype, my values are completely and truly American. I like things big and spacious. I'm brash, independent, idealistic, and ambitious. I believe in working intensely on something you're passionate about for your entire life, and if what you do is valued you'll be rewarded. I like big cities, big tvs, wide open spaces, and modern bathrooms.

Part of being American involves having this (possibly subconscious) faith that ultimately the United States is the best there is. That it truly is the best place to live on earth, with the best government, opportunities, quality of life, currency, education, weapons, diplomacy, economy, and healthcare. The number one country. My parents went through a fair amount of hardship to immigrate here in the 70s -- a new culture, a new language, leaving family far behind, starting with nothing. They came here to be doctors. Why would they have done that if this weren't the best country ever?

I didn't realize I had such faith in my country until it was shaken after seeing Sicko, Michael Moore's new movie about healthcare. Our government makes tons of decisions I don't agree with. But even on things like the war in Iraq, I understand where the other side is coming from. I see how there's a choice to be made with imperfect information, and though it's not the choice I would have made, I see that ultimately these people are acting on what they really think is the best course of action for all of us (even if they're wrong).

It's a disaster. We're living in the dark ages here. We are denying people a basic right. Hospitals and health management organizations are incentivized to deny people treatment. People lose their houses and are forced into bankruptcy because they were unlucky enough to contract cancer. Even regular people, the ones with health insurance! And let's say you have a basic problem, and you've got "good" health insurance (a PPO) and you're covered -- you still have to deal with paperwork, and that dread that the insurance company is going to come after you and extract more money out of you based on a labyrinth of rules that it's your responsibility to understand and navigate. All of it designed to keep them from paying, and to keep you from getting what you need.

And what's funny is that I fell for the hype, I said stuff like "well maybe in Canada it's free but how long would you have to wait for a surgery or an MRI?" And "Maybe your drug prices are lower but where's all the cutting edge drug research happening, huh? Here." And of course my parents are doctors, and I know that if we had universal health care they'd be paid less. And they work so hard -- they had so much schooling, and they do a job that I view as so important. It didn't seem right that they should be paid less. I felt like maybe our system could be better, but hey, we're the United States of America. This is the best country ever. Obviously our way isn't wrong -- it's just a gray situation, and we've chosen one way that has its pros and cons and the rest of the western world has chosen another way. No better, no worse, just different.

We need free universal health care. End of story. This is the equivalent of women's suffrage and civil rights. It's time to move forward.
at 1:52 PM No comments:

Click on portfolio and check out the before and after versions. scary that this is what people aspire to look like -- it's not even possible.
at 1:37 PM 1 comment:

I love this. Urban rituals -- the stuff we put up with to live in a city draws us together.
at 3:16 PM No comments:

This is so cool. RTM is my todo list of choice (it's so cute!) and now they've implemented offline access! I haven't tried it yet, but accessing your todolist offline can be pretty vital. They have a good mobile interface so it hasn't bitten me yet but I'm quite excited about this.
at 4:38 PM No comments:

Fascinating. I've always wondered how those crappy little storefronts in the Mission make money, and this provides some insight on how various markets work.
at 11:51 AM No comments:
Newer Posts Older Posts Home
Subscribe to: Posts (Atom)